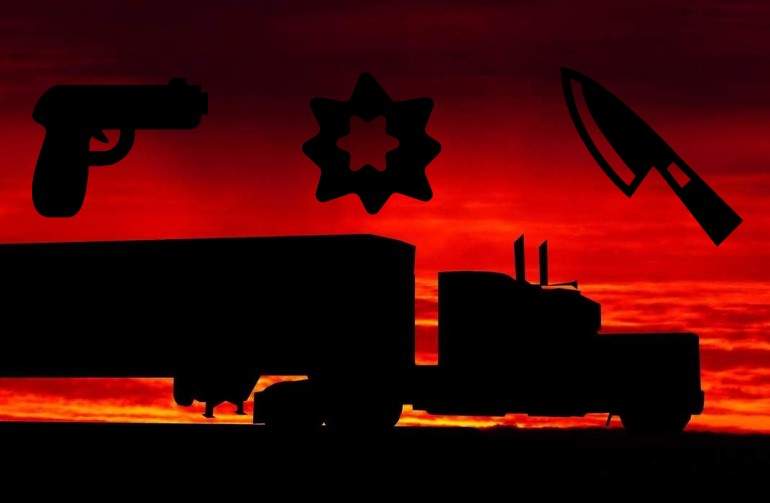 Recently, there’s been more of a discussion being held regarding the safety of truckers. In which particular manner? By way of maintaining a bit of protection from oncoming individuals that could very well threaten the safety of the truckers. It matters more than anything to really keep yourself safe from the actual threats that come through when thieves approach the trucks or trailers. In one case, there was a driver being held at gunpoint. In which case cargo was stolen. There’s a need to avoid being a target during dangerous instances. What’s safer to go grab when you’re trucking through? A gun or a phone? It may be necessary. Aiden Hammond himself is a small fleet owner-operator leasing with Greatwide Truckload Management.

And he believes that “ninety percent of everything I actually haul is military-related. It’s explosives, it’s triggers, powder, shells, things of that nature. My relationship to security is that I choose not to. If you’re stupid enough to go back there, that’s your problem. I’ve had people actually break into my trailer that was loaded with bombs. That’s happened many, many, many times, and my thing is, ‘good luck.'”

You have to be safe from danger. Be it with a firearm or with a phone.

When keeping in mind the worth of the cargo in the trailer, it’s best to totally disregard the matter of trying to protect it as an “extension of personal safety.” It’s not worth losing life over. No matter how a threat emerges, it’s no use in losing your life over.

The Truckload Carrier’s Association’s Safety & Security Division conference is where a roomful of fleet-safety/security personnel.

Hammond is in a very unique scenario himself. Being that he’s an explosives hauler, Hammond has been totally and continuously shipping dangerous goods. Luckily, the United States Military has been able to spot him in multiple instances where thieves would intercept. In a survey, 60% of owner-operators have never experienced cargo or equipment theft. Whereas, 11% of individuals have been stolen from by cargo alone. By equipment’s standards there is only 14% of truckers that have been stolen from.

Phone calls can help connect a policeman to your truck whereas a gun is your own fate that you can utilize to decide for yourself. When it comes down to it, getting protection of every sort is really what sells. Bulletproof vests are now called bullet-resistant, whereas waterproof watches are now known as water-resistant.

Come to Trips and Fuel to get the most help you deserve in receiving your trip and fuel permits. We have the best live representatives that can help you out in those instances. Call us to learn more information and we can help you out. (800) 217-7840